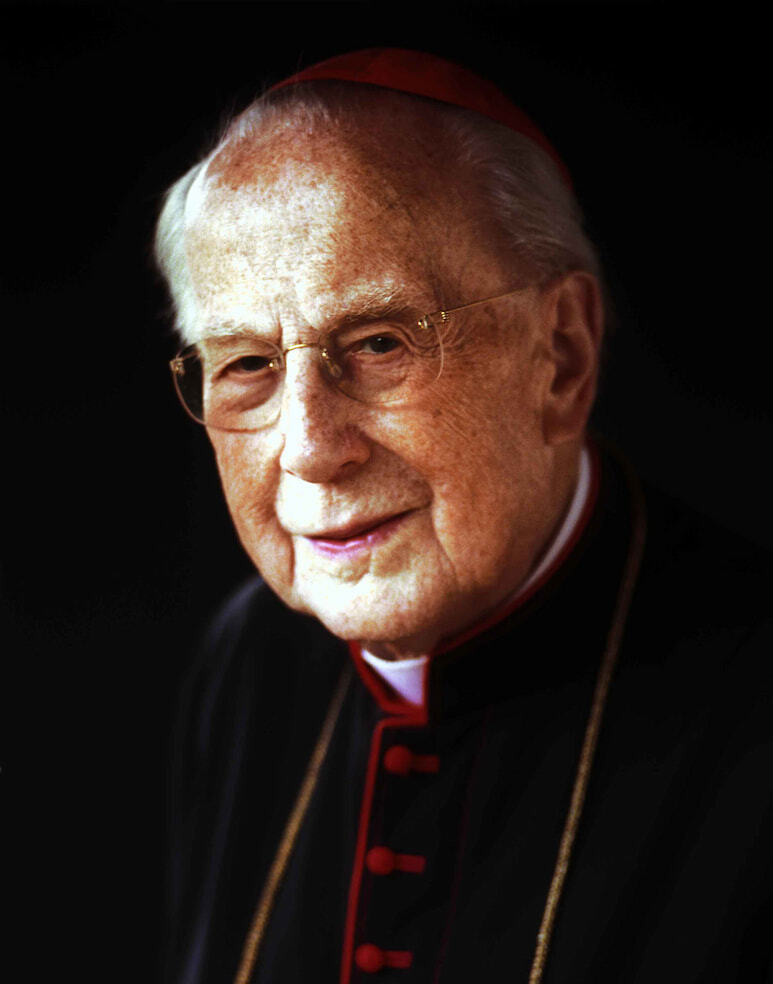 Cardinal Franz König (1905-2004), longtime Archbishop of Vienna and founder of PRO ORIENTE, is remembered as a great man of dialogue and a bridge builder. Due to his wide range of studies, especially of non-Christian religions, Franz König was characterized by his exceptionally open-minded attitude towards other religious traditions, already from his early years as a student.

The era of the Second Vatican Council constituted the highlight of König’s episcopal ministry. He made a decisive contribution to the council, while he also assisted in drafting some of the council’s major documents (e.g., the Dogmatic Constitution on the Church "Lumen gentium", the Pastoral Constitution on the Church in the Modern World "Gaudium et spes", the Declaration on the Relation of the Church with Non-Christian Religions "Nostra Aetate" and the Decree on Ecumenism "Unitatis Redintegratio").

In the Decree on Ecumenism, it is stated that: “The restoration of unity among all Christians is one of the principal concerns of the Second Vatican Council. Christ the Lord founded one Church and one Church only” (UR 1). When this decree was passed on November 21, 1964 with the overwhelming majority of 2.137 votes in favor and with only 11 votes against, and the doors to other Christian denominations were opened, König founded the PRO ORIENTE Foundation in Vienna. It was bound to become a beacon of the ecumenical dialogue with the Eastern Orthodox Churches and the Oriental Orthodox Churches. In the following two decades, König succeeded in establishing a network with the churches of the East. He himself paid visits to the majority of the leaders of the Eastern Orthodox and Oriental Orthodox Churches, and also invited them to Vienna. As Cardinal Protector of PRO ORIENTE, Cardinal König supported the foundation with keen interest and paternal advice even after his retirement and until his passing on March 13, 2004. During the last visit of the then Metropolitan of Vienna of the Ecumenical Patriarchate, Michael (Staikos), on March 11, 2004, two days before König’s death, he said to the Metropolitan, "Tell the people that Ecumenism must go on." PRO ORIENTE honors the commitment to move forward in dialogue together, even after the death of Cardinal König.

Rapprochement between Western and Eastern Europe

Due to the geographic and historic location of Vienna, from the 1960s, König considered as the particular responsibility of the Archbishop of Vienna to overcome the isolation of the church behind the Iron Curtain and to achieve a rapprochement with the churches of the Christian East. König was convinced that Austria had to fulfill a "special kind of function to connect and bridge" and that the Christian churches could significantly contribute in bringing Eastern and Western Europe closer together. Encouraged by Pope John XXIII, he undertook numerous visits to almost all states that belonged to the "Warsaw Pact" at the time, thereby bringing about a change in the Vatican's "Ostpolitik". In April 1963, König was the first Cardinal from the West, who travelled to Budapest, in order to facilitate the departure of Cardinal Mindszenty from the country. It was his visit to the Ecumenical Patriarch Athenagoras I, in Istanbul in 1961, that paved the way for the historic meeting between Pope Paul VI and the Ecumenical Patriarch Athenagoras, in 1964 in Jerusalem.

The reorientation of Christians towards Judaism, inaugurated by “Nostra Aetate”, was an equally important concern for König. He was convinced that the dialogue with the other Christian churches could only flourish if "the relationship with Judaism had been clarified and settled". Like Pope John Paul II, König did not consider the Jewish religion as something “foreign”, but rather as being, in a certain sense, “native” to Christianity. Because of this attitude and his numerous related merits, the Jewish community of Vienna honored him as a “true friend”.

In May 1965, he became the first Catholic prelate to visit the Al-Azhar University in Cairo, where he gave a widely acclaimed lecture on "Monotheism in Today's World". He spoke about the similarities that connect Christianity and Islam in the argumentation against atheism, and pleaded for a "positive cooperation in the religious, moral and, especially, in the social field" beyond the practice of mere tolerance.

Because of his tireless commitment, Cardinal König is regarded today as a pioneer not only of the inter-Christian dialogue but also of the interreligious dialogue, and as a forerunner of groundbreaking historical initiatives of Pope John Paul II, such as the World Day of Prayer for Peace in Assisi in 1986, and the first visits of a Pope in modern times to a synagogue (Great Synagogue in Rome, April 1986) and to a mosque (Umayyad Mosque in Damascus, May 2001).